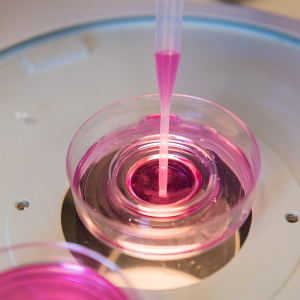 We invite you to join us on an exciting journey to save lives and improve outcomes in women’s healthcare. Founded in 1891 as Vincent Memorial Hospital, a freestanding hospital for women, today the organization is a charitable foundation dedicated to supporting research and teaching at Massachusetts General Hospital’s Vincent Department of Obstetrics and Gynecology. When the clinical services of the former hospital became part of Mass General in 1988, Vincent Memorial Hospital continued as a separate nonprofit organization focused on advancing superior healthcare for women. In 2018, “Foundation” was added to the name to illuminate its funding role. Today, The Vincent Memorial Hospital Foundation primarily supports training young OB/GYN physicians at Mass General and scientific investigation in the Vincent Center of Reproductive Biology,  a state-of-the-art laboratory where scientists are generating the next idea, the next discovery, the next miracle.