The Board of Managers has served obstetrics and gynecology patients and nursing staff at Vincent Memorial Hospital and Massachusetts General Hospital since 1891. This volunteer group, today numbering more than 30 active members, believes that a culture of philanthropy embodies more than dollars but also the gift of time and effort. As stated in our by-laws, we “provide volunteer service for the care and comfort of the Vincent staff and patients, over and above their medical needs.” 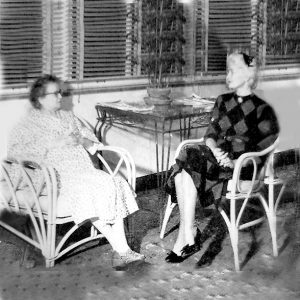 Specializing in care for women, the initial Vincent Memorial Hospital also was led by women. The first two doctors  were surgeon Grace Wolcott, MD, and physician Lena Ingraham, MD. At their side were nurses and a team of women known as the Board of Managers, who helped manage the daily operations of the hospital, originally located at 44 Chambers Street in Boston. This group provided items needed to make patients’ hospital stays more comfortable — vegetables and other healthful foods, cots, mattresses, linens and more — often paying for these items out of their own pockets or hosting fundraisers. They visited with patients and supported the staff. Over the decades, Vincent Memorial Hospital moved to other locations in Boston, including relocation from its South Huntington Avenue facility to Mass General in 1941, led by its first male chief of staff, Joe Vincent Meigs, MD, a noted gynecologic surgeon. Throughout these changes, the Board of Managers retained its prominent hands-on role. 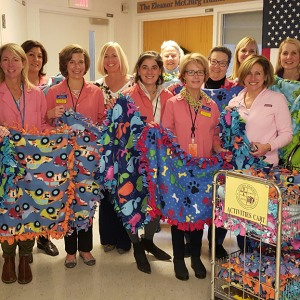 What We Do For Patients Today

The Board of Managers continues to be a “boots on the ground” volunteer group. We visit patients on the Vincent Obstetrics and Gynecology floors at Mass General, delivering books, magazines, crossword puzzles, painting sets, and our special “Vincent” teddy bears to babies born at the hospital and gynecology patients. We cuddle newborns in the Special Care Nursery, who go home with a hand-made fleece stroller blanket made by our members. We also do special projects, such as working with the In Vitro Fertilization (IVF) Unit to create a commemorative quilt to celebrate this outstanding fertility service, which since 1992 has helped thousands of people to conceive and have children. 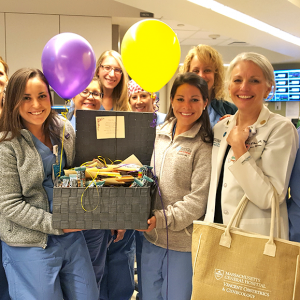 How We Support Vincent Staff

To support the OB/GYN nursing staff at Mass General, we fund monthly lunches and late-night pizza on the Vincent floors. We decorate for the holidays and make special purchases of much-needed extras, such as a coffee machine for the Labor and Delivery Unit. During National Nurses Week held every May, we give each Vincent nurse a token of our appreciation. In 2019, we distributed hundreds of KIND protein bars to staff members, with a thank-you note attached to each bar. For the past three years, these bars have been donated by the KIND Foundation. This year, the Board of Managers also provided key funding for a nurses’ retreat held on two separate days in April and May that focused on building teamwork among nurses who serve in Labor and Delivery.